CATH•S is the name of the jewellery collection of Belgian designer Catherine De Groote-Schuermans, who lives and works in Ghent. Catherine studied Romance philology and subsequently obtained an MBA in economics in England. After spending a few years working in the business world, she decided to take her career in a new, creative direction. Launched in 2006, the CATH•S jewellery collection was well received from the beginning. CATH•S is now sold in more than 1,000 boutiques worldwide.

The creative process starts with the materials. Their texture, colours and patinas evoke emotions that result in stylised forms. Catherine De Groote has Flemish and Parisian roots, a fact that is reflected in refined forms and in the warm colours of the Flemish Primitives. 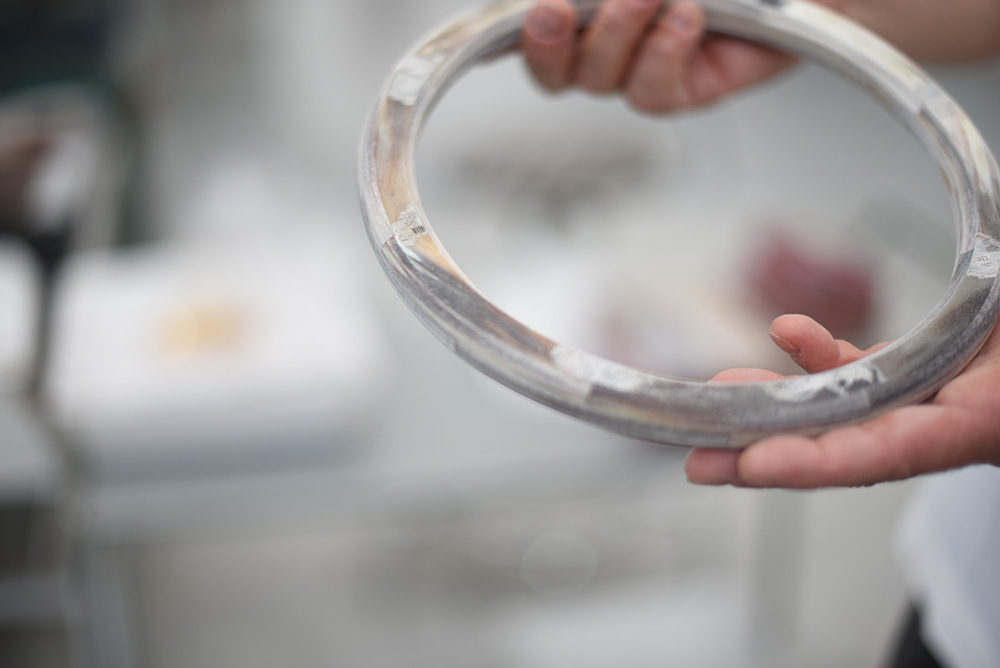 From the beginning, CATH•S was dedicated to working with environmentally and socially sensitive production methods. CATH•S provides employment for master craftsmen and a market for their work, contributing in keeping alive the knowledge and skills of these talented people.

The continuous search of new and sophisticated techniques to bypass the conventional work of horn enables CATH•S to create architectural, bold and unique pieces. The challenge to explore organic traces in horn and trying to elevate it to worldly designs has always been CATH•S trademark.